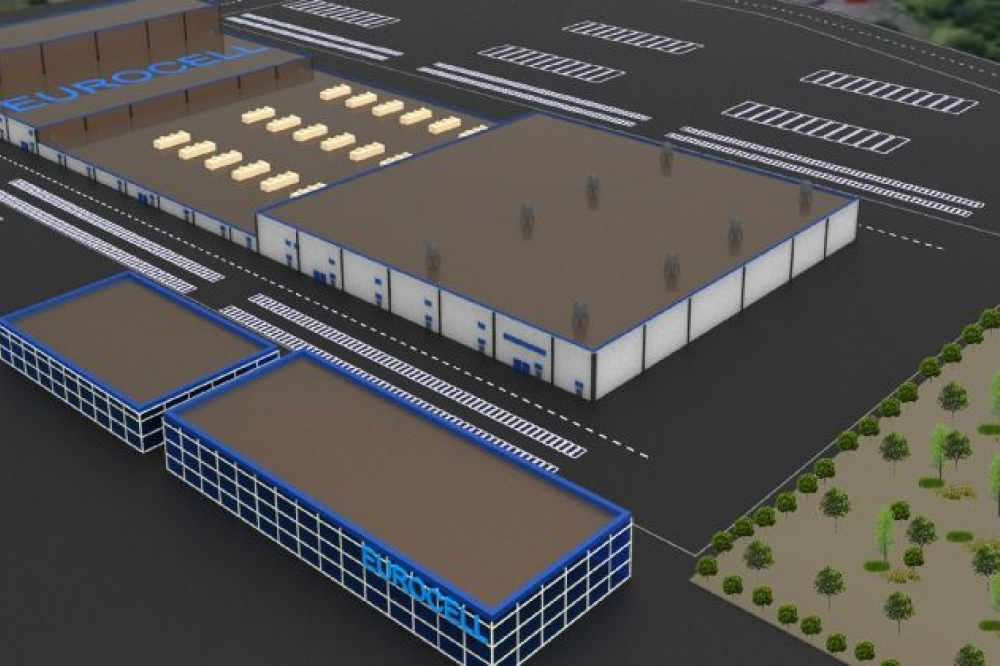 Eurocell, the Anglo-Korean next-generation battery company, is set to build its first European Gigafactory, producing proven ‘production ready’ technologies in just 12 months, far faster than other Gigafactories. This is possible as Eurocell has a proven battery product which is ready for scaled-up manufacturing.

With an initial £600 million investment planned over two phases, it intends to supply European energy storage, automotive, and e-mobility applications. Full capacity will be reached as early as 2025.

The company will mass-produce and export its market-leading technologies from one of three key markets, the UK, the Netherlands or Spain. It is already actively looking at sites and the final choice is heavily dependent on gaining the right level of central government support and investment.

The host country selected will benefit from the creation of hundreds of direct and indirect jobs, transferring vital skills from Korean battery experts and boosting the economy in a strategic sector crucial to achieving Europe's net zero ambitions.

Eurocell's batteries, developed in Korea, also have a considerable technical advantage, lasting over ten times longer than conventional lithium-ion cells, making them far more sustainable, with no ‘end of life' issues and perfect for ESS applications given its 100% safe and high performance. Their wide range of operating temperatures also makes them ideally suited to areas with extreme weather and without an existing grid network.

Recardo Bruins, CEO Eurocell EMEA “Eurocell in the UK is a new company, led by a highly experienced UK team and backed by our South Korean partner with decades of experience in electro-chemistry, making batteries at mass-scale and building the Gigafactories to produce them. Now we are planning to rapidly expand in Europe, supplying the energy storage and automotive industries with our market-leading technologies that last longer, perform better and are 100% safe. These products can be on the market in months, not years.

“To fulfil our mission, we are actively seeking a European manufacturing base and are in advanced discussions with sites in the UK, Netherlands and Spain. With the right level of central engagement and support we are keen to take advantage of the rapidly growing European market as quickly as possible.”

Eurocell intends to construct its new Gigafactory in two phases. The first phase will begin producing advanced battery cells at scale by early 2023 for existing customers. In parallel a bespoke facility will be constructed on the same site, capable of producing in excess of 40 million cells per year by 2025.

Wallbox To Be An EV Charging Partner Of Polaris In The U.S. And Canada

How Mobility Services Are Helping European Cities Reach CO2 Reduction And Congestion Goal
Transportation’s Upcoming “Triple Disruption”
It’s Not Just About The Car: Six Keys To Delivering A Successful Autonomous Mobility Service
Is It Safe?: The Reason, And The Challenge, For Autonomous Cars.
Why Everything Is Confusing Part 1: Market Disruption
FORGET UNIVERSAL BASIC INCOME. WE NEED UNIVERSAL BASIC MOBILITY.
Autonomy Solutions For High Traffic Destinations
Logistics, Transportation And The Future Of City Mobility
A New Solution To Integrate Electric Vehicle Charging Into The Urban Scape
An Electric Horse Meets A Diesel Dinosaur
“FAILING WAS NOT AN OPTION”: THE ISRAELI ARMY, WOMEN & DRIVERLESS CARS
LOSING CONNECTION: IS AUTONOMOUS TECHNOLOGY DRIVING US APART?
{inStory4}
×